The magical surrealism of gratitude

I wish that everyday was treated as Thanksgiving. It surely would be nice to eat tons of food without a care and actually be giddy about it. It truly would be awesome, if after such gluttony, one didn’t have to show up to work the next day.  It […]

My pet peeve of the day: Eating cottage cheese around me

My morning rant: I am offended by decaf

A few months back I was celebrating my latest accomplishment. I had joined my son in observing lent and gave up desserts. My doctor noted that yes I am aging and maybe I should think of cutting back a little on the bad stuff. Specifically, all the sugars […]

My love hate relationship with water

My fake plants died because I did not pretend to water them. Mitch Hedberg   A very small group of people will completely get and understand my following statement. I hate water. Well, let me rephrase. I hate drinking water. For that matter, I also hate ice cubes. […]

What’s up with taco Tuesday these days?

As a New Yorker, I have been exposed to food trucks a long time ago. We have had everything in trucks.  According to some internet historians, New York City started having food trucks way back in 1691. Well, they were really push carts. But you get the […]

Let me count the many ways in which I love autumn: including cherry pie

Right now I’m a tad bit depressed because I do not get to experience the autumnal beauty of the East Coast. Not that being in LA’s constant sunny weather is a bad thing. However, as someone who has wanderlust, autumn is the perfect symbol of that motivation. Autumn […]

Ten things to not do in the workplace: The real deal

These days you just never know who knows workplace etiquette rules and who doesn’t. Sure enough you get an employee handbook on your first day at a job and maybe someone goes over it with you. There are such rules as don’t drink or smoke on the premises. […] 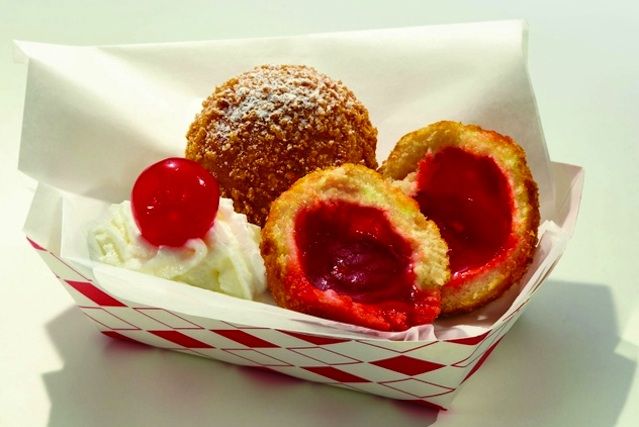 The psychology behind why you should eat fried jello

Having grown up in the South Bronx, I didn’t go to many County Fairs as a kid. Actually, I don’t believe I ever went to any as a kid. I did go to little fairs that were held in empty lots in the Bronx. Do those count? […]

A latte does the body good for this traveling girl

I am not a coffee lover in the strictest sense of the term despite drinking 3 cups of coffee every day by 10am. I am not a person who loves a cup of plain Joe in the morning. I don’t relish drinking coffee the way I do a […]