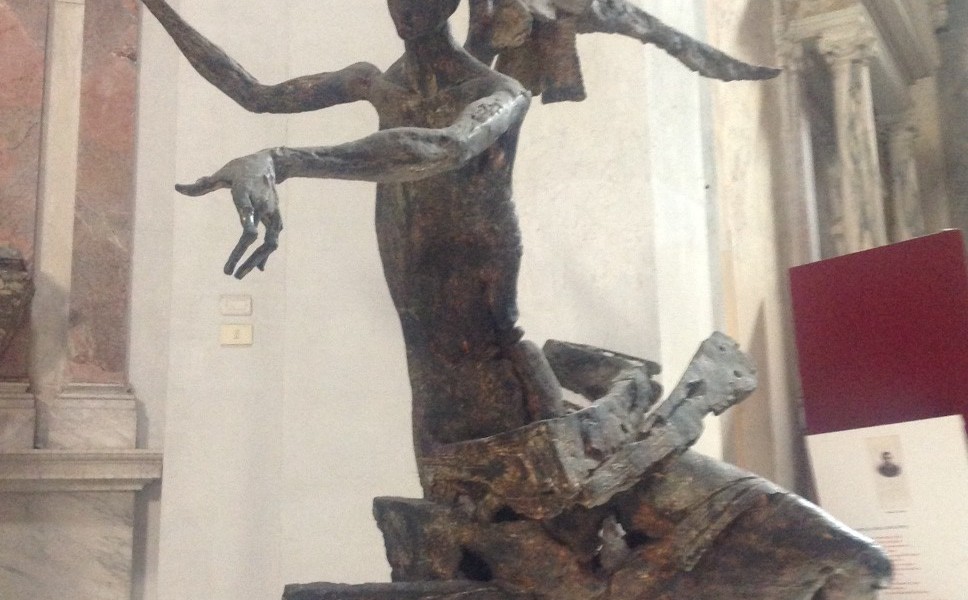 High-five!  2014 came with grand celebration.  One day in and there’s already much to see, plan and do. Today the new Mayor of New York City took office pledging universal pre-kindergarten and increased taxation on the rich (defined as making $500,000 or more a year) that basically amounts […]

Looking Ahead to the Year of the Horse while Dusting and Eating Grapes at Midnight: Happy New Year

Quick. There are about 14 hours or less for many of you to complete some of those resolutions you made back in January 2013.  Not going to happen? Put your sneakers on! Run a lap and clear your head. Don’t sweat it. Life goes on. Tomorrow is a […]

The psychology of quitting your job in the New Year: learning from various newscasters’ exits

As the New Year quickly approaches and you frantically search the sales bins and do an hourly check-in on the Amazon lightning deals, you may stop for a second to think about the coming New Year and what it may bring. Perhaps you may even reflect on what […]

My travel delights of 2013 by planes, trains, automobiles, feet, and boat

I was born to travel and experience new sights. I was not made, however, for airplane travel, but that is what it is. Another year has gone by and my airline miles continue to build up. However, I do not quite understand why my American Airlines miles get […]

The psychology and DNA of poetry writing

Since I was a wee bit one, my mom would read poems to me. She loved William Blake above all else. I’m not too sure Blake’s poetry was readily understood by my young developing brain. However, my mind did gain an appreciation for words, cadence and overall rhythm. […]

Santa got shot, Myrrh and pot were stirred up, and a dictator had too much eggnog: Christmas wackiness

This week’s Christmas edition of wacky times contains stories of grinches, miracles, holiday drunkenness and good will.  One funny image from this past Christmas has got to be that of Mariah Carey wearing a bikini in the snow while out walking her dog.  I guess her latest album […]

I grew up performing for my family on Sunday afternoons after church.  My performances consisted of song, dance and storytelling. A lot of my acts entailed the spoken word. Back then words had meaning.   These days we barely use words. We are one acronym short of a collective […]

And a Merry Christmas to all

You are forever more my raw love diamond

It’s a long weekend… but

She wanted to stare at the ceiling forever

There’s a song for everything

Where do you see yourself in five years?

Smizing through a pandemic

For every angry minute, you lose 60 seconds of happiness

The sounds of New York are coming back

The hunger to go outside

There is still vibrancy to behold