Generation Fame: Can you Remember my Name?

Sundays were a very special day growing up in my household. It was a day where I got to play board games with my mom and we sang and danced together. There were no cell phone or iPad application games that we individually played for hours on end. […]

Ghosts in My Machines: What are they trying to tell me?

I believe in ghosts. I also believe that mental states are probably not separable from physical states. There indeed are ghosts in the machine. I just didn’t think they would exist in my machine. Better yet, my phone and computer. I just recently got a new phone. Before […]

Be careful what you put in your mouth, sex-crazed tarantulas, and the return of Weiner

We are fully in autumn now. The leaves are falling and with it perhaps the national IQ as well, along with the collective sense of dignity. Bill Maher put out a new rule last week about the state of American attire in the public sphere. We are a […]

The psychology of riding the train with angry, self-righteous commuters

Dear self-righteous humans: Leave us mere mortals alone I would like to pen this post to address a serious problem we are facing in the United States. Everyday, without fail, I come across the self-righteous. You would think this is something that one would have to measure by […]

Smile and your soul will be kind

Smile! I cannot promise others will smile in return But I can promise you will feel a joyous burn Smile! For it will be your armor against the venom darts That the embittered will wrongly aim at your heart Smile! For in the darkest, stormiest hour You will […]

The 21st Century’s Alarming, Yet Useful Epidemic of Triteness

I am just going to say it outright. I am so tired of trite social media status updates that sound like one long reason for individuals to be self-centered and not take responsibility for their actions. How many times during one day, must people post status updates that […]

Feeling road rage, sick to your stomach over the government slimdown: eat some poop. This week’s top wackiness

Saying it has been a wacky week is indeed a gross understatement. Politicians have become even more unhinged, the media more self-serving and our friends in the animal kingdom have gone on a terror binge. Rage is the latest craze. Let the wacky madness begin.   1. Hornets […]

My Favorite Auto-Correct Mistake: These Ducks are Making me Crazy

When I was younger, I was a storytelling champion. I loved imagining and constructing new worlds, in part because I was an only child. I also needed an escape from my “Bronx is burning” surroundings. One special Christmas, my aunt gave me a typewriter and I joyfully wrote […]

You left me raw, I bid you adieu

You came in a hurry leaving me in a haze Your forget-me-nots not withstanding Your tongue, the color of sapphire Tastes of the looming beer garden You embody the seven sins But you are looked after by the Vulcan god You celebrate the deeds of Michael the […] 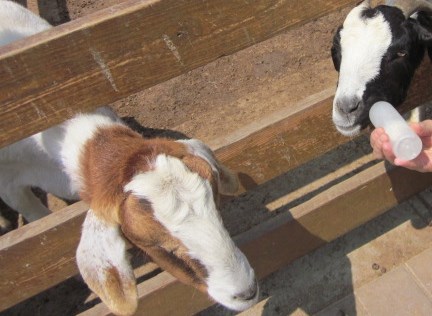 I have been in a bit of haze. Will the government shut down? I am not too sure that many people care as to whether the government shuts down. It is not like they do much anyway. 1. Duct-tape bandits. Do you remember when US Homeland Security Secretary […]