This sunny, optmistic curmudgeon enjoyed the Superbowl’s range of emotions

February is a major pop culture time in the United States with both the Superbowl and The Oscars taking place in the month. I’m not a huge football fan but I do love the Superbowl. I love the commercials and the halftime show. This is is time for […]

An interesting year thus far: Earthquakes, slaps, and you know…

It has been an interesting year thus far. Yes, I know. We are only a week into the new year. A week. However, it feels longer than that. A new year brings hopes, dreams, and at times, actions geared towards self-improvement. Those thoughts and actions usually dissipate by […]

Let curiosity be your compass

Many years ago, I taught a session on how many of our popular sayings contradict one another and leave some people in a state of mass confusion.  For instance, you have “birds of a feather flock together” and “opposites attract“.   Both are correct in different contexts. Friends […]

For the love of sports: Foles, Manning, Keshavan, & Gerard

It is Valentine’s Day! I have no pretty poetry to share. I have no ode. But I wish you all well. What I do have are a few words on sports. My love of sports. So there you go. When people look at me they often incorrectly assume […]

Superbowl 50: Like Steve Harvey Owning up your mistakes in the workplace

When Steve Harvey messed up the Miss Universe announcement, he came onto stage and admitted his mistake.Back in December, Harvey mistakenly announced that Miss Colombia had been crowned Miss Universe, though the actual winner was Miss Philippines. On late night television and Twitter he was made fun of […]

Randomly Wacky: Sell some poop but don’t drive while eating

Randomly Wacky   After ten years at my agency, today is the last day. I have no idea what the future will bring. I am going into the future assuming several new transitions in the next few years.   Hereafter, I do not see myself anywhere for ten years. […]

The Brutally Depressing Superbowl: But This Land is My Land

The Brutally Depressing Superbowl: But this land is my land Admittedly, I watch the Superbowl for its ads. Actually, I used to do that. I have started to actually like watching the game of football; in particular when the New England Patriots are losing or the New York […] 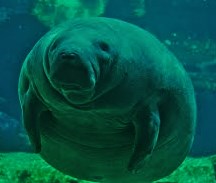 Let the wacky games begin: Will the Ape or the Manatee Win the Super Bowl Prediction?

Where are we this week? Here in the United States we just had the President’s State of the Union address that always, year after year, proclaims that the union is strong.   The Super Bowl is about to be played in the New York/New Jersey area sending everyone (not […]

Seven Dirty Words in the Workplace

It is yet another Monday. And I hate Mondays. I tend to get the Monday “blahs” even in June when the summer brings days of sun, joy and laughter (see https://psychologistmimi.com/2013/01/31/i-dont-like-mondays-and-ive-got-the-january-blues ). The Monday Blues got me thinking about what awaits me in the workplace later today.  Mind […]