Those who just want the title can be dangerous 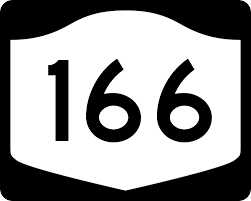 I don’t know about you, but this year has just gone by too quickly. I still very clearly remember the 2018 lettering exploding in bright colors on New Year’s eve. Each day since then has been a whirlwind. Each month has passed by without me being able to […]

A young woman goes to washington: Running through the streets in her cherished wrinkled suit

It was a girl’s road trip. Or rather it was a girl’s about-to-graduate-college-looking-for-their-next-role road trip.  We drove down eagerly from upstate New York down to Washington, DC. She had been down there previously in eight grads as part of a school trip.  She remembered the grimy hotel and […]

Taking names: Ghosts of perceived slights in the workplace

Taking names: Ghosts of perceived slights in the workplace Back on March 23, 1775 Patrick Henry stated for the world to eventually hear “give me liberty or give me death.” From 1775 onwards, those strong powerful words echo and carry an immense weight to this day.  It captures the […]