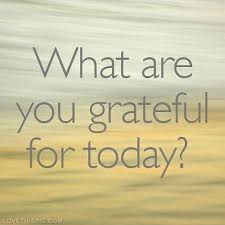 Bumper car stickers are a bit too much commitment for me

For those of you unaware, there is a major election season occurring in the United States. During this time, Twitter has become the breaking news alert system for latest campaign gaffes. Furthermore, this is the time when you get a clue as to what the car […]

If a zombie apocalypse is going to happen: It will be in August

A decade or two ago, I used to work for the Federal Government. Specifically, the Department of Justice. As such, I would be able to tell you when, if you were so planning, to commit a crime and flee the country. Edward Snowden didn’t need my advice […]

Nothing more insufferable than taking a tour bus with colleagues

I am the type of person who hates group activities. Do you know that silly job interview question “do you prefer group or individual assignments?” (Or some variation thereof). I hardly ever believe interviewees when they answer that they prefer group assignments. And when I do believe the […]

My ramble: Everything should be water or stupid resistant

I am a clumsy person by nature. Ever since I can remember, I have been twisting my ankles, walking into walls and just generally walking a zig zag pattern. If people didn’t know better, they would think I am drunk. I’d like to attribute my clumsiness to the […]

I am sitting in the so-called quiet zone in the American Airlines lounge. I don’t sit there because I have a dire need for quiet. I can readily work with a ton of noise around me.  As a matter of fact when I am working from home, […]

It’s that time again to review the ludicrously wacky world in which we eat, work and live. It’s a shame that the national news has solely focused on Donald Trump’s wacky antics as there is so much more out there that is just nutty. Here is a […]

Why I Can’t Date Sean Penn

Ok. Let me just state the obvious. Sean Penn and I will never cross paths and thus this post is all to make a larger point about the universe.  Furthermore, I will state the second obvious fact.  Sean Penn would probably have no interest in me and […]

Thank you Mr. Trump: Silly woman you can’t bully me into not standing up for myself

There is nothing that I dislike more than a business person who believes they are smart and savvy because they have a successful business that they inherited.  I think we have one of those running for President today.  Oops. Sorry he didn’t inherit it. He got a $100,000 […]

Thank you for being an a$s 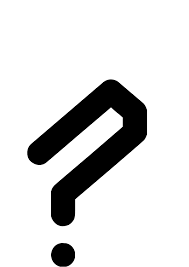 This year the word of the year was an emoji and apparently cool things are now referred to as being “on fleek“.   According to some 2015 retrospective lists “hella” is a popular term and believe me I hear it every day in my office. But I […]