I looked for Lighthouses when Isaac struck, Post-Sandy I’ve been looking for Common Sense, Charging Stations and a Hotel

I have been stranded by hurricanes in the past. During Hurricane Isaac I was stranded In Curacao.  With my boredom with the non-stop frolicking on the beach, I went searching across the country for a lighthouse. What a glorious adventure that eventually ended with me not finding a […]

The Day After Superstorm Sandy: A Note to my Future Self

Dear future me: Today, October 30-the day after frankenstorm, I am hunkered down in the local library’s children section surrounded by stir-crazy kiddies, glazed-eyed adults and strewn-about power cords. Everyone watching that percentage icon on their electronics. My nails are bitten down to the core, my belly is […]

Ok, New York What’s up with Yet Another Hurricane: Move on Sandy

At the end of my first visit to Puerto Rico ever, I was followed out by Hurricane Hugo.  That was the scariest plane ride I had had until my Las Vegas return trip recently when we had to land in a different city.  Hurricane Hugo, was a rare […] 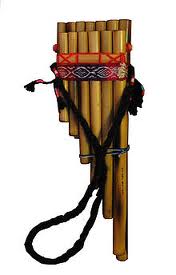 My Year of Living Ethnically Dangerously In Barcelona

Me, a poor girl from the South Bronx, got a once-in-a-lifetime opportunity. As a teenager-still very much in my formative years- I got the chance to live abroad in the beautiful and somewhat haunting city of Barcelona, Spain.  I had the great fortune of living near […]

Hermit Crabs in the Workplace: Mobbing and Bullying

Have you seen the latest research out of University of California, Berkeley (my alma mater-but don’t hold that against me or the article) on animal social behavior?  As a social psychologist, I have been trained to be interested in group behavior and its social consequences –the field did […]

Growing up in the South Bronx I dreamed of traveling the country in a Winnebago.  The Price Is Right just made it seemed so fun, sexy and free-spirited. I thought those were the coolest thing ever-you mean you can ride in a car and still use the restroom?  […]

Woman I am: Putting my Game Face, High Heels and Mascara on at the Same Time

Where was I? I heard the cop sirens going on by. But I was pretty sure I wasn’t in New York.  I open my eyes slowly. Yup, my sinuses still hurt. I get up and look out the hotel window. Ah, yes, I was in Kentucky.  I put […]

Flowery Language, Original Thought: Are You Really a Scientist?

The concept of peer review has been deconstructed and reconstructed by countless others, but I still feel compelled to add my two cents, particularly in light of recent journal articles on how scientists may feel disenchanted with the whole process. Not that many articles actually get entirely rejected, […]

Have you ever had a moment where you felt that you were part of the “Truman show” movie? I don’t mean being watched and living a fake life. Although, I am sure we have all felt that way at one point. What I mean is the moment […]

Oh, here we go again.  Point that finger, walk around and give that smirk a workout. Yes, I am watching the debate.  The gloves are off. They are jabbing and punching: Metaphorically-speaking of course. Although, they have come quite close to each other a few times there on […]