They then became one beautiful, dangerous, and righteous peacock

Her ears were buzzing. His were ringing. She was filled with awe and wonder. He was filled with fear and disbelief.  She was ready for more. He was being forced to do more. Despite being so opposite they were heavily synergistic. 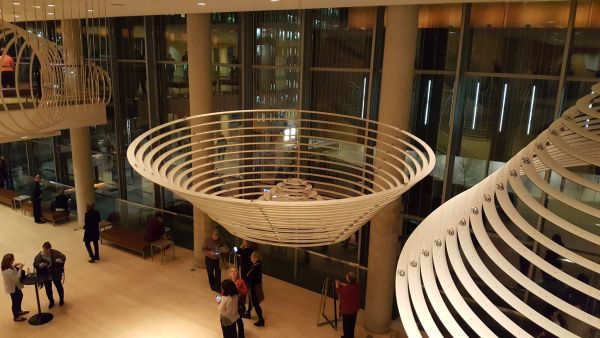 Their opposite energies kept them aligned. The symphony was, thus, the perfect place to make their debuts.  Everything was buzzing and humming in their bodies.  The time was now.

With that, he came flying down from the lights above and she flew up from the ground floor. They met mid-air and bumped their fists together. They then became one beautiful, dangerous, and righteous peacock. They scanned the room and found their target. The world was going to be better. That they both knew.