As a superstitious New Yorker I was taught at an early age, to not kill spiders. Killing a spider inevitably brings bad luck. And, who needs that these days? I see a spider I try to get it to move along. Don’t get me wrong I’m not looking […]

Tried turning off my brain

Swoosh. Swoosh. Swoosh. It felt like a wild river running through my brain. Tried to turn it off. Give it a break. After all, everything and everyone needs a break or two. Off to the couch my legs went and down on the pillow went the head. The […]

Oh wacky news is such a thing of the past

When I first started blogging, for a few years I would do a wacky news column on Fridays. Then, little by little I stopped writing about wacky, weird bits. The world turned topsy-turvy and weird news was no longer weird. Wackiness was sort of built into everyday life. […]

One should always have a camera ready in New York

Admittedly, in New York one can come across many odd things. I know that was a very generic, empty sentence. However, it is quite true. You can see big rats the size of a cat chasing a slice of pizza. You can see a guy carrying a three […]

Signs of the times: No cash from your underwear

I love collecting photographs, both mine and that of others, of wacky signs. I used to collect wacky news stories, as well, but it’s been a bit much these days. Tell me, what isn’t wacky in our everyday lives. I think many people have heard of the ice […]

People who do chicken dances on the elliptical throw me off

I love to work out. I really, really do. Maybe too much. But there is no such thing. Right?  I I also love not talking to anyone while working pout. Or rather, I really dislike talking to people while working out. That is why I don’t do […]

An egg, gas, peeps and pringles: Wacky and weird news to start the year

This year of 2019 is the year of the pig. An according to one website, “though not wasteful spenders, they will let themselves enjoy life”.  And, as I have declared this my year of joy, I have to say hear hear to the year of the […]

Knocked on three doors and none was righteous 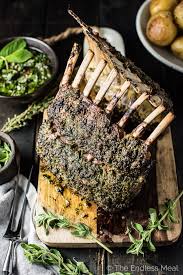 Why am I looking at a rack of lamb?

This past week has been trying to say the least.   I also have a lot of tasks I have to complete the next few weeks as I work to move my family from Puerto Rico out west.  Yet, the situation there has been more and more infuriating. My […]