It was as if everything had been put on mute

Obviously a storm had come on by. A big storm it would seem. A fairly easy phenomenon to investigate.  Or so they thought. They had noticed a splash of red splatter throughout the sidewalks. Their curiosity rightly piqued. They followed the trail and noticed there were several […]

They were lulled into a beautiful dream

They had made their way to this charming small town tucked away far, far from the masses. It had been a dream come true to come here. Everything had been perfect. The wine. The food. The desserts. The people had been a bit quirky but it could have […]

And the world heard a haunting yet moving melody

It can be an odd world, especially once you leave it and return. Walking through the streets and hoping to find redemption can be a difficult task. You have to be open to what the universe throws out at you. Open. Not closed. She knew that.   She […]

She had survived the osso buco

It was a fantabulous day. Or rather, there was great promise that it would be. And, that was thrilling. Exhilirating. The flowers were proof of that. They weren’t real and that was perfect. Just perfect. An anniversary shouldn’t be marred by something that quickly dies. She never understood […] 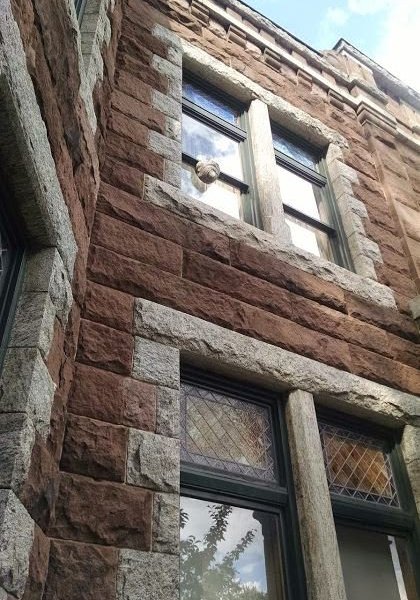 She felt cold whispers behind her shoulder

It had been one of those days. Every time she went to the restroom, she felt an odd presence. The toilet flushed oddly as if it were a person gurgling.  She even wondered whether there was someone in there. It was a creepy thought to have each day.  […]

Home mystery: A most bizarre hole in the blinds

The past year or so I have taken to writing some flash fiction pieces. I love looking at a photograph and coming up with a backstory and a future space in which it lives and breathes. I like it also because it allows me to cut back […]

Nothing could leak from it that was unseemly

She sighed. Serenity. This was truly her favorite scene of the year. The beauty and the peace one can feel was overwhelming. She was at a low heart rate and she had not bit her nails since dawn.   She wished everyday looked and felt like today. […]

Why must the key taunt me so?

Locked in, kept in That key, that darn key  It can open up the world It can hinder your freedom It can unlock the world It can get stuck in a jam Why must the key taunt me so? Why must I be the key keeper? Why doesn’t […]

Now they would finally have that talk

She drove as quickly as she could. Considering she had never driven before, she was amazed that she had been able to get this far. She had another 50 miles to go and she would then know the truth. The feeling of liberation propelled her and her […]

Where did she go?

Everyone in the neighborhood knew her as the lady with the shopping cart.  Everywhere and anytime she could be found with it. Her idea was that one never would know when you needed to carry stuff that was just to much to bear.  It seemed too close […]