I went to Macau, the Las Vegas of Asia, and I didn’t gamble a cent. However, that’s not so much about Macau but instead is more about me.  Even when I do go Las Vegas, I gamble a very tiny amount. I go on the penny slots and spend five dollars total. I’m entertained by my highs and lows. To me, Las Vegas, the supposed gambling mecca, is more than roulette tables, smoky rooms and slot machines.  It is about people watching, grandiose shows and great food. I figured while in Macau we should just walk, people watch and eat. That’s what I do in Vegas. I never tire of people watching. I am a psychologist after all.  Plus, I mightily enjoy eating. It is one of the grand pleasures in life.
And that is what we did.

We found ourselves some pasteis de nata –the ubiquitous egg tarts. As such not really that hard to find. Nonetheless, we had a piping hot tart while walking around the A-Ma temple where individuals were trying to get water to boil by using their hands. Ok. I’ve completely mangled the act. You are supposed to grab the handles of a pot and rub the handles of this metallic vessel to the point where the water “jumps”. It was incredibly cool to watch as people lined up to try it.  People cheered and cheered. I felt like we were at a sporting event of sorts.  The tary, was yummy, by the way.

We also had some lychee-like candy that shop owners kept handing to us as we browsed. At one point I did wonder if the candy had some shopping-aphrodisiac like effect as I bought a ton of bags. I bought bags to hold my groceries back home in LA as one gets charged for using store bags.  So, I bought about six tote bags. I found it a rather odd purchase for an overseas trip. But, why not?  I now walk around with an evil bunny bag. It fits my temperament.
Along with the hard candy, we also ate a ton of almond cookies. I’m not a big fan of cookies as I prefer moist desserts but I ate them anyway while strolling the city streets of Macau.  When in Macau…
I did get a chance to eat a typical “wet” dessert called serradura, which translates as the word “sawdust”.  Hmm.  At first, it reminded me of the coconut pudding in Puerto Rico called tembleque.  But the taste was completely different. I must say I do not know what to make of Serradura. It didn’t taste like sawdust which was a good thing. But it wasn’t coconut. It was more of a light vanilla taste than anything else. Many around the globe describe it as sturdy ice cream. Why is it called sawdust? Because it contains super finely crushed biscuit. I think I need to try this again.  Perhaps I need another trip. Yes, yes I do. Food truly makes the world go round. And now I must eat. Cheers. 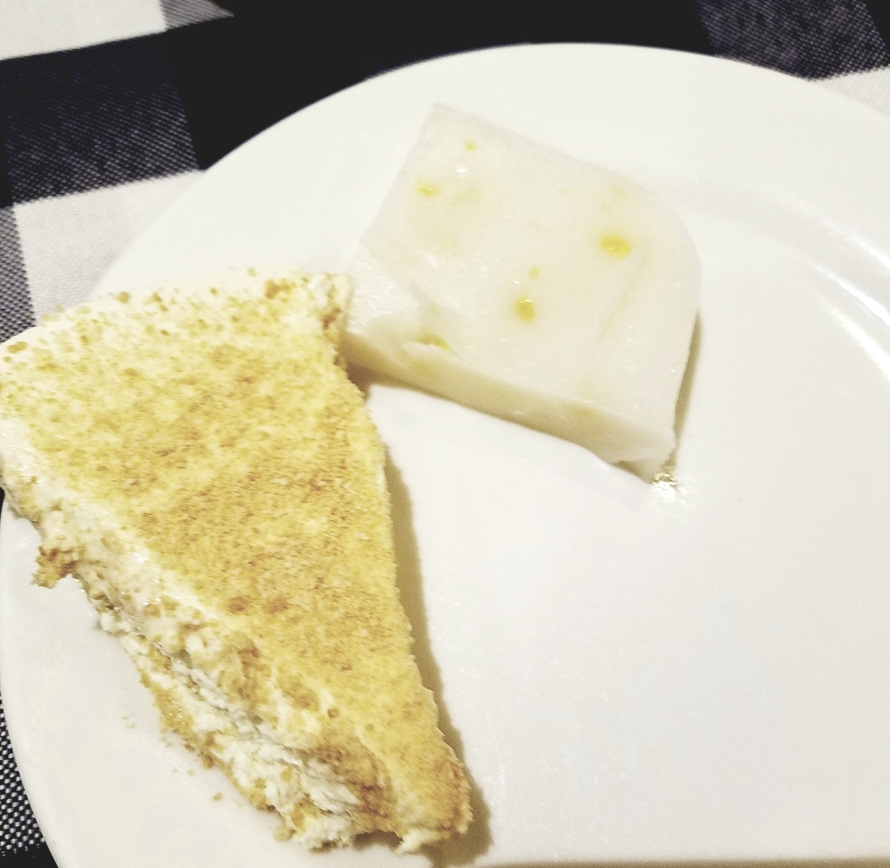