I love the adventure of traveling around around the world. And while I like planning some parts of my trips, I don’t necessarily plan everything out. I like to see what I find on the ground. Obviously some things like traveling between countries while already on the road requires some travel. At least for me it does considering that I have an eight year old in tow.

Prior to traveling to Hong Kong, I planned two things (and that was just a few days before departure).  I planned for a trip to Macau and to Lantau so that I could go see the big buddha. Due to the extreme fog, I saw the Budhha but didn’t see the Budhha.   Not everything on a trip works out and you just have to roll with it. For the most part, surprises on vacation can be fun. A surprise that leads you to a foreign jail, notwithstanding.   Surprisingly, as well, when we went to Macau we went nowhere near a casino. Go Figure. Instead we found a great outlet store two stories up on a nondescript side street.   I spent $26 (US dollars) on what would easily have been over $200. Score!

Then we randomly decided to go visit the outlying island of Cheung Chan. We took a slow ferry over so that we could get a better view and it paid off as the sun finally came out. The sun decided to grant us our wish of a clear day to experience the fabulousness of this island.  See, great suprises do occur. We read the online accounts of the island and really got jazzed about taking a sampan to a pirates cove so that we could explore a tiny cave.  We landed on the island and immediately came across a parade and then another parade and another. For the full day that we were there, an endless number of dragons with accompanying roasted pigs paraded on across all parts. We were happily surprised by this random (to us) festival. 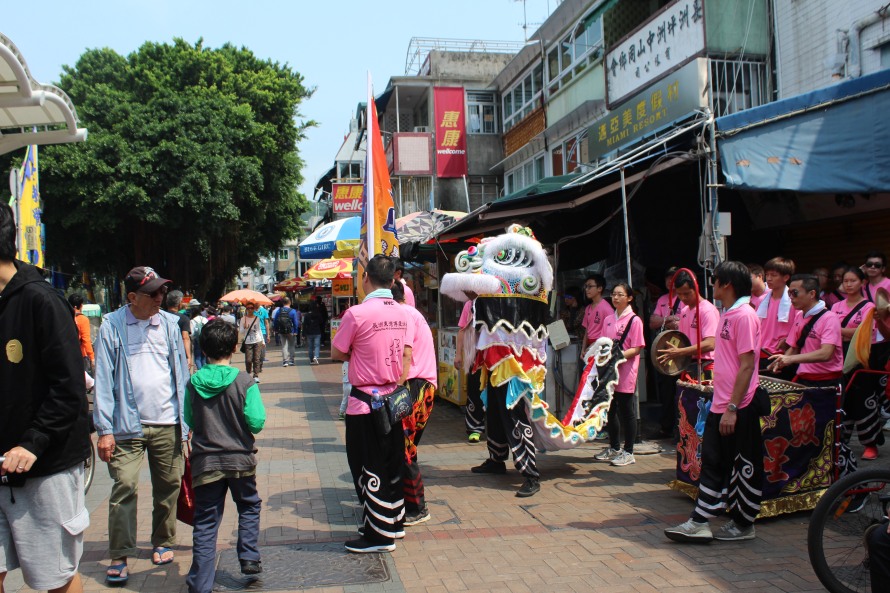 We then started walking and walking and walking some more. We never stopped. Well, eventually we did stop to rest on our hike after my heart felt like it was going to explode. But otherwise we just kept going. As we walked we saw awesome houses on a hill, more dragons and temples. Then we walked through a cemetary and found ourselves in the middle of a really long hike. We hiked on up to the peak, then down to the beach and back up the peak.  For this asthmatic, it was a way to keep fit while on travel. 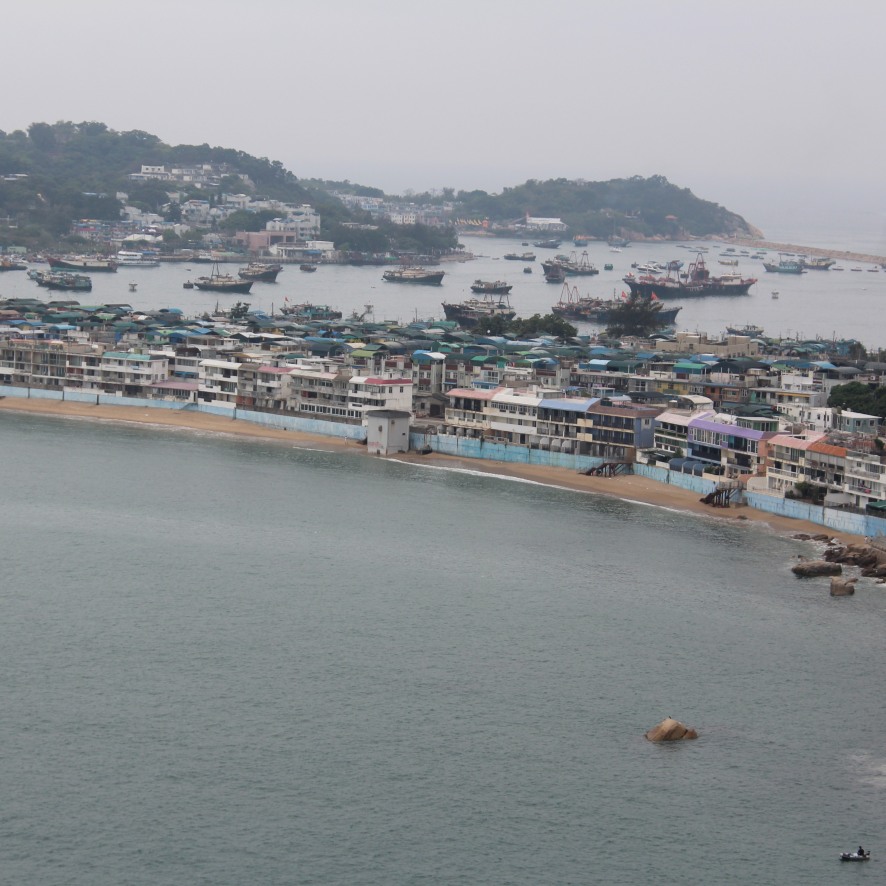 We found ourselves in the middle of nothing yet everything. We were so far away from it all and yet so close to the earth.  I must admit, I fell in love with this cute island that allows no cars.  For this New Yorker that doesn’t drive, that was my ideal place.

Eventually we got hungry. Actually, famished after expending so many calories. We still were on the lookout for the pirates cove but kept walking towards food. We decided to go for Indian food as we figured we’d like to see what it would be like in Hong Kong. I love Indian food. Have eaten as far as I can remember. I have had great Indian food and have had buffets that have sent me to the emergency room. None of that stops me from trying it again and again wherever I go.   And while I have had a long history with Indian food, I had never had pineapple paratha. Actually, I have never even seen that. Thus, I had to have it. And it was delicious.

At the end of the day we left the island satiated. We ate delicious new food.  We hiked a great path. We saw a grand festival. We never made it to pirates cove. But that is ok. We landed many great expereinces that will stay with us for a lifetime.