You learn to dream big and to survive

As a New Yorker you are taught a few things, seemingly right as you come out of the womb into the world. First, you immediately come to understand that New York is the greatest place on earth. You may not be able to vocalize it, but in your bones and gut, you know. Second, you learn about resiliency and determination. You are exposed to countless songs that extoll the virtues of a New York life. Even though I am older now and 3,000 miles away, I occasionally find myself singing:

“I’m gonna make a brand new start of it, in old New York
If I can make it there, I’ll make it anywhere
It’s up to you, New York, New York“

New Yorkers are not just dreamers. I always grew up thinking that there was a way up and out or out and up. You learn to both dream big and to survive.Such a way of being is ingrained in my DNA.

And it is 100% true for me that I wlays want to wake up in a city never sleeps. That is partly why, while I like Los Angeles, I still do not love it. Los Angeles is, indeed, a city that sleeps. I am up usually by 6am if not earlier. There were times in New York when I would start heading out to work at 5am and the city streets were already humming. I must admit that I miss that early morning hum. This past weekend, we were up and about 9am in Los Angeles and hardly anyone could be found walking the city streets. Mind you, you hardly see people walking here period.  It is what it is. Funny thing is that it is not like LA stays up late. Closing time is real here. But that is not what I am here to discuss today.

While I love to flaunt New York’s resiliency, it is interesting that there is a sens eof resiliency here in Los Angeles that is a bit overlooked in pop culture. Many are familiar with Lou Reed’s Dirty Boulevard.

Give me your hungry, your tired your poor I’ll piss on ’em
that’s what the Statue of Bigotry says”

It is extremley true thar many here live on the streets. I am astounded by the sheer number of homeless people. I believe that it is over 25,000. There are tents and tent cities everywhere. More tents than the cardboards Lour Reed sings about.  I tak ethat back. According to the Institute for the Study of Homelessness and Poverty at the Weingart Center, an estimated 254,000 men, women and children experience homelessness in Los Angeles County during some part of the year and approximately 82,000 people are homeless on any given night. It is unfathomable to me that in a city of extreme wealth there are such dire circumstances. It thus may be hard for many to dream big and survive  here. 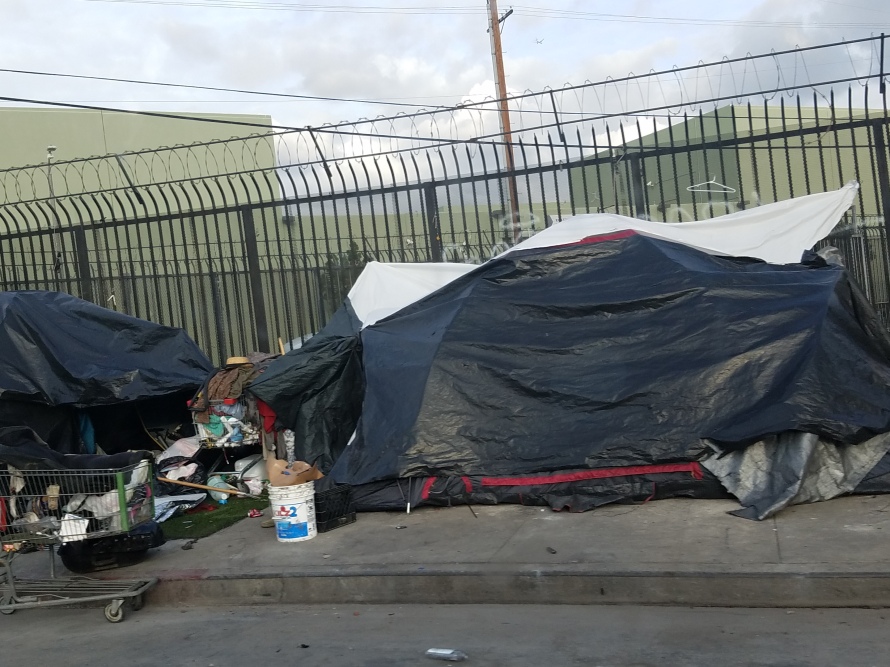 Despite the odds many do make it up and out or out and up. There are many that still dare to dream. The movie Lala land, which glamorizes the plight of Los Angelenos, does showcase the beauty of dreaming in LA.

I was fortunate to meet a young lady here in Los Angeles who dared to dream despite the odds stacked against her. Despite her family telling her that she would not make it and should not bother dreaming of going to college, she studied and applied to college. She got in. She was so happy and yet so sad at the same time. She proved to herself that she could aspire to grander things. However, she also saw how she would have to support her dreams on her own. Well, not so much on her own. Those of us that work with her encouraged and applauded her.

This past weekend, I was mapping out several communities in Los Angeles as I am considering buying a home and I came across this mural. I was enthralled by it. I found it emblematic of the power of dreaming big and rising above one’s circumstances. I think it is a good accompaniment to that feeling of and song of being able to make it anywhere. 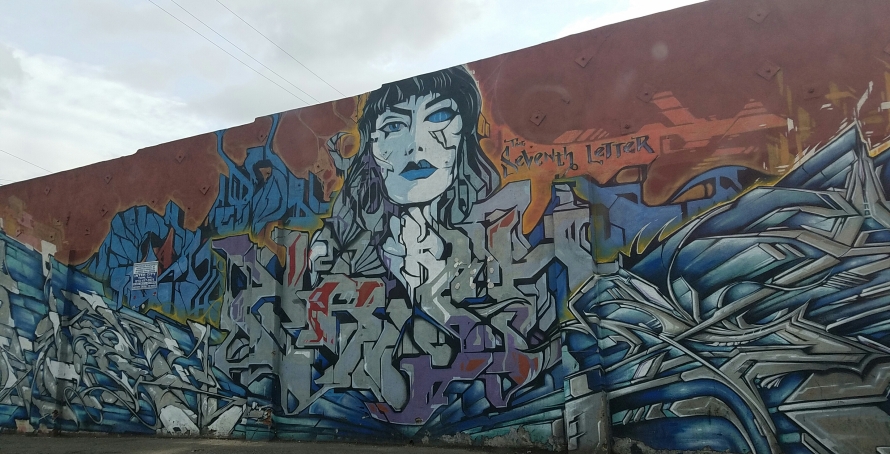