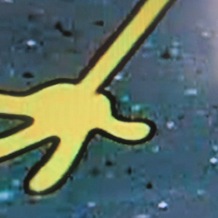 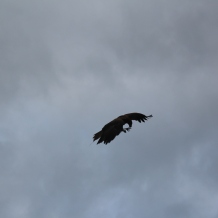 Do you know the Journey song “Don’t stop believing“?   It starts with a great keyboard riff and the lyrics of “Just a small town girl Livin’ in a lonely world She took the midnight train”  It also is in our recent public consciousness as it was used in the final scene of the fade-to-back Sopranos Finale.  It is in those riffs that your heart rate goes up and you feel that something grand is coming right around the melodic corner.  In a way it was perfect for the Sopranos fade to black. Did they die in a massive restaurant drive-by shooting or did they just shoot the breeze (sort of speak), finish up their meals and go on for a while more with their dysfunctional lives?  Either way, you can’t stop believing.

If you ever use Facebook, you will know that there are hundreds of games and tests one can take to see what type of dog one is, what would have been one’s Celtic name or what state is the perfect one for you to live in. I took one of those tests this past week and it came back with “Don’t stop believing” being my life song. I scrunched my nose at my android screen, laughed and nodded my head. At that point I, indeed, looked like I belonged in the San Francisco public transportation system (that’s an inside joke).  It was my song! I saw that a fellow Facebook “friend” got Gloria Gaynor’s song “I Will Survive“. And while I like that song and at times I can relate to it, it is not my life song. I will survive puts a focus on surviving and getting through something. While it is empowering to survive, such a focus is still emanating from a negative.

I have metaphorically taken that midnight train to anywhere.  And I have literally taken that midnight bus (much more affordable for an extremely young girl) to see the stars in the night sky and to catch a once in a lifetime exhibit of paintings of despair (i.e. Guernica). I have moved cross country five times because each time I have believed that I could go onto something grander. Despite all that is wrong with the world, I want to be a believer. I need to believe that success can be achieved.  I need to believe that one can overcome obstacles and challenges.  What fun would it be if everything was super simple and sugary?  It makes for a good cocktail but not necessarily a good life journey.

Surprisingly, the song “Don’t stop believing” was never a number one hit in the United States. on it’s new found fame from the Sopranos it may have climbed back into the top ten at one point. The US has always seemed to be a place of eternal optimism. At least in NY, you know you go there to make it. You go with big dreams and if you make it there you can make it anywhere. Obviously, one cannot just wish away the bad things in life. Obviously, even if one believes that things can and will be better, it does not always happen.  At that point you have to let some things roll off your back and at other times you have to fight like hell. Let me note that being a believer does not necessarily equate with being an optimist.  My definition of being a believer is that one lives to fight another day.  My definition of being a believer is that you don’t go down in self-defeat. You don’t psych yourself out from the outset. Being a believer means you can count on yourself to keep your head in the game. So, yes don’t ever stop believing. Why would you do that to yourself? Other people may stop and others will come and go, but always make sure to be able to count on yourself day in and day out.  And in that respect, I propose that the song “Don’t stop believing” become the official NY song (of course, we still need to keep Sinatra and Billy Joel’s songs as state songs as well).  I will be sure to belt it out with all my might and encourage you all to do so as well.

And what a glorious state of mind to be in!