Why do we care if someone, namely a woman, ugly cries?

Let me start with one conclusion from this piece. I love the television show Homeland and think that it’s first season was beyond brilliant. I was captivated, hooked into the plot, waiting for the next quiet psychological  explosion. I had always pictured the lead actress Claire Danes as a sullen, perhaps spoiled individual, as personified by her My So Called Life character. Also, I read In Touch magazine and knew of her scandalous relationship with married men. I wasn’t her biggest fan. But her portrayal of Carrie, the bi-polar CIA agent was amazing, to say the least.  The scenes were tense where she was both falling in love with Brody (the terrorist) and and growing suspicious of him. Then came the scenes of tears.

It was through her tear-fest scenes that I came to hear about the ugly cry. You know that cry-scene where it is a horrific facial waterworks, with a scrunched-up face that may be dripping snot. Her cry scenes left no doubt to the mental pain and anguish her character was in. Despite her great acting scenes, she was at times criticized in the media for her ugly crying. To which she responded, “I really have never been concerned about being beautiful on screen, That’s just not my jam.”  Granted she is not super pretty. Well, let me backtrack on that. By Hollywood standards, she has not been referred to as a beauty. But back to ugly crying itself. Why call it that?  Isn’t it just a full-on good cry? What are we saying when people fully emotionally cry that we call it ugly? Tears disrupt our beauty? I would think not. When a mother gives birth and cries at the sight of her newborn, everyone oohs and ahhs. A tender cry appears to be considered more acceptable than fully investing in a cathartic cry. And that is the key word, isn’t? Catharsis.  If we cry in a moment of venting and emptying our heavy beings, it is ugly. Back in 2008, Hilary Clinton ha d a moment where she was humanized by her crying. It wasn’t an ugly cry, mind you. It was a whispy, gently self-pitying cry. 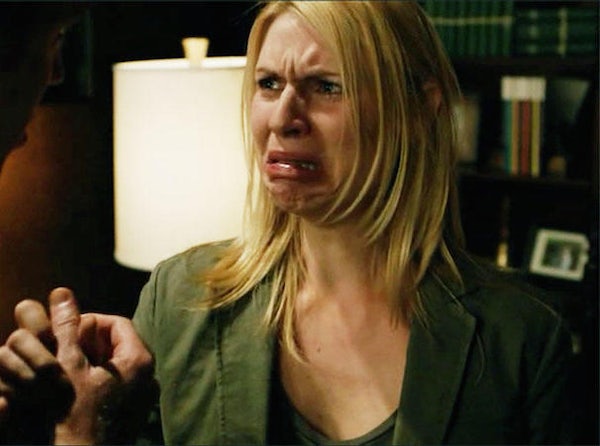 Whole Claire Danes’ ugly cry, was ugly in that her face got super contorted, there have been other women that have now been labeled as an ugly crier. For instance, Perez Hilton compiled “17 Times Kim Kardashian Was In Major Ugly Cry-Face Mode.” But with everything else about Kim Kardashian van you not help think it is all put on and is a show. She has perfected the ugly cry as a beautiful woman. It gives her superpowers, in a way.  Her superpowers are even more evident if you consider that there are countless websites out there that help people cry in a pretty way. And if you google how to cry prettily, you get about 1,040,000 results which is approximately half the number of results you get when you google how to register to vote in California.

Lest, you think this is just a woman issue, there are men that have been known to ugly cry. The most recent being that of NBA star Lebron James in that come from behind win. There is also James Van Der Beek ugly cry  in Dawson’s Creek after Joey leaves him for Pacey.  These cries, especially that of James Van Der Beek are used to make fun and light of situations. Did you know that young girls and boys cry about the same amount of times growing up. However, once kids hit their tweens, they get normed to crying where by the time they are eighteen women cry on average four times more than men. Seeing a man cry, let alone ugly cry, is a rare sight. These become memes into themselves for how supposedly ridiculous they are.  In all fairness, Dawson’s ugly cry was beyond silly and there was no emotional gravitas whatsoever to that scene.  Give me a Claire Danes ugly cry anyday. 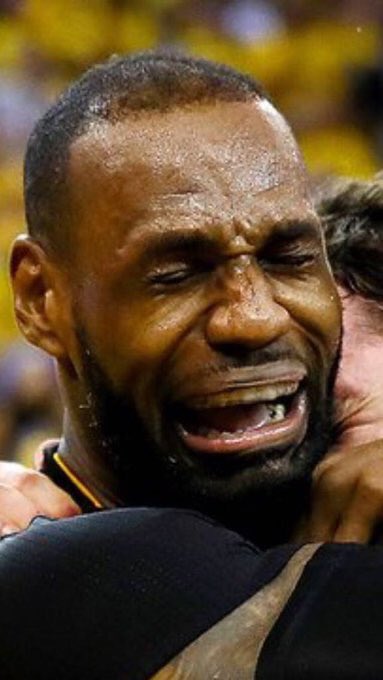 Going forward what will become of the ugly cry? It may continue to morph and grow. I see it integrating with the now-classic Elaine  dance from Seinfeld where she does these odd little uncoordinated kicks. The scene is so awkward that it is like watching a train wreck. Ugly crying or bad dancing? Your pick.