The Memories of Stumping my doctor this past year: If everything goes into slow motion, my pain may just evaporate

A tale in stumping the doctors

I am flat out tired of the pain. Tired of the countless medical visits for the past eight months. Throughout this time they have applied the ubiquitous MAP method that demonstrates how much we have yet to advance in terms of understanding our bodies. The MAP method which for me stands for Medicine, Acupuncture and Physical therapy highlight several  key moments in pain management this past year.  Thankfully my pain is not intense, although it is continuous. Luckily, my pain is not debilitating, although it is annoying. I have gotten so used to my pain that it is now a part of me. Occasionally it flares up and reminds me that there is something wrong that the doctors just cannot seem to understand. As my first neurologist, considered one of the top neurologists in New York City, stated I “stumped him.”   Let me tell you at first it may seem a bit of a cool moniker- stumping a top neurologist- however, after it all it just plain old stinks.

When my head and arm pain first appeared, I rushed over to urgent care where they told me I probably just had a pinched nerve. They gave me heavy duty pain killers that just stamped down but didn’t take away the pain.  I then went to my primary care doctor, who I absolutely adore for his extreme dedication to his patients, and he thought I had more than a pinched nerve and referred me to a neurologist. It took over a week (and that was considered to be a quick turnaround time) to get an appointment with the neurologist.  He took my history. He ran some quick nerve tests. Apparently there was something wrong with my reflexes and arm nerve-bundles. He prescribed medication that was just too strong for me to take for a full two weeks. He advised me to stop. I underwent three MRIs, within the span of 6 weeks this past summer, that caused me to realize I was slightly claustrophobic but I overcame the panic and came out mentally stronger.  Meanwhile, I still had the pain and still was getting random medications prescribed.  Next I was diagnosed with migraines and was prescribed a new drug that caused my health insurance company to throw a tantrum but eventually my doctor won.  There is something to provider prevails arguments. However, those new medications really didn’t do the trick.

Winter came and my neurologist packed it up to go on a world book tour. Slightly kidding on that last point-emphasis on slightly. I then got a new neurologist who seemed very welcoming and open to more holistic approaches. She too prescribed a medication that was too rough on my stomach and ran some more nerve tests.   Indeed my nerves were still frayed (pun intended). She then prescribed a new medication and advised that I get acupuncture and physical therapy. I was an old pro at physical therapy. Acupuncture, on the other hand, was completely new to me.  As I have noted, there is always a first time for everything, including getting pricked. I have not completely taken to acupuncture but it is a highlight in this year of pain.

I went to acupuncture and got used to the needles. I even rest a little now. I am too high energy to fall asleep during acupuncture. I have not really seen a difference in my pain as a result of acupuncture but I do love the heat lamps. Those lamps sure do provide a nice way to get some warmth during this seemingly never-ending winter.  My physical therapist doctor examined me for ten minutes and decided that all the other doctors were whack and wrong.  I won’t forget that moment where he went on a little rant against my other doctors. He said I needed to get off those medications and that as a psychologist I would understand that this was the wrong treatment.   I nodded along and pumped up my fists. I felt like I was at a sports rally. He then said my shoulders were protruding and that I just had to kick them back into alignment. He set up me up for six weeks of physical therapy starting that very second. His physical therapist was a new one to me. As I noted before I am a long timer when it comes to physical therapy. I am very high energy and thus I do a lot of cardiovascular activities such as running on a treadmill everyday.   He noted I needed to do Pilates. I needed to strengthen my muscles and slow down a bit. It’s unbelievable that a New York doctor would tell his New York patient to slow down.   Wink, wink.

So, now I am on medications (winding that down). I go to acupuncture once a week in between my six meetings a day. I got to physical therapy once a week and do Pilates-oriented homework when I remember to do so and if I am not on the road. Did I note I had been on the road for three weeks in a row?  After all this has been said and done, I still have my pain.

There you have it: the M (Medicine) A (acupuncture) P (physical therapy) method of modern day medicine practice and my accompanying highlights of the past year of pain.  When nothing works, try everything and all medications are put on the table. I will be stopping the medications soon.   All they do is make me sleepy. Physical therapy is only covered by health insurance companies for only so many sessions.   Acupuncture seems like a nice thing to do every once in a while. What else is there?

Here is my conclusion. Maybe I just need to slow down. If everything goes into slow motion, my pain may just evaporate. 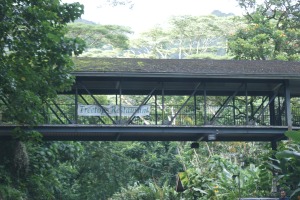 slowing the pace down