Photograph Psychology: Beauty in the eye of a beholder even if it is a garbage can

Photograph Psychology: Beauty in the eye of a beholder even if it is a garbage can 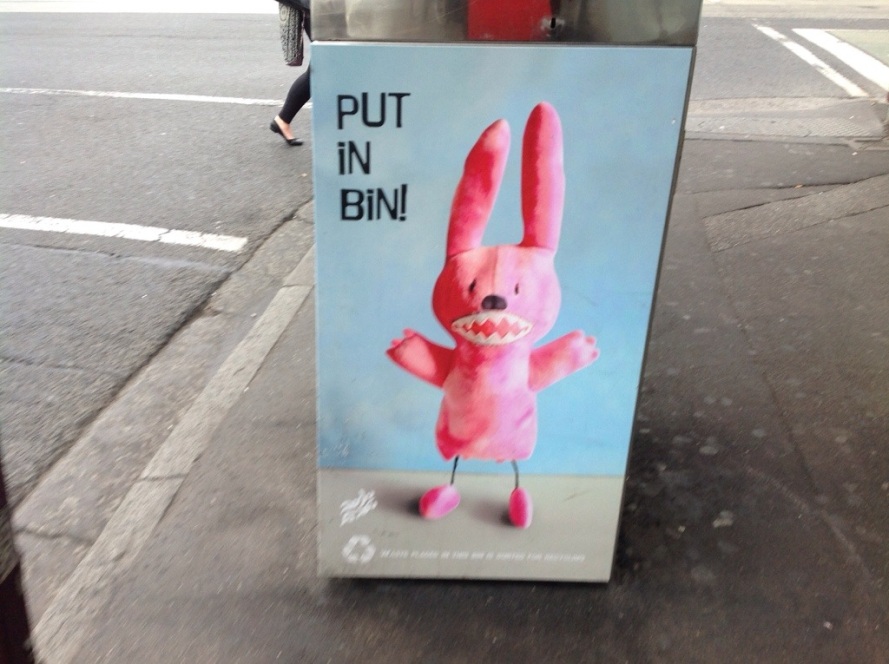 One key demonstration of one’s sense of aesthetics and beauty are the photographs one takes while out in the world. Have you ever stopped your city walk-about to take a photograph of a garbage can? I have. I have taken multiple garbage can photos from throughout the world. That was because there was something enticing about the garbage can. It evoked an odd memory. Its contours and wacky postings seemed unique. The items sticking out of the garbage can seemed oddly juxtaposed. It was beauty in a garbage can.

Are there ever times when you can’t quiet make a decision and then decide the flip the coin and see how you feel when the coin lands?   Such an activity gives you self -insight into what you actually want by listening to your emotional reaction. The same could go for understanding your aesthetic preferences.   Take a camera and start looking about you? What captures your attention? Think of what makes your finger go “click”.   If I were to analyze my love of garbage cans I would say that I am fascinated by what is discarded.   From an early age we are encouraged to consider the values and aesthetics of garbage cans. On the television show Sesame Street, Oscar the Grouch lives in a garbage can and goes around singing the song “I love trash.”

I also remember the character of Ann on Sex, Lies and Videotape who was obsessed with garbage. She noted to her therapist “Garbage. All I’ve been thinking about all week is garbage. I mean, I just can’t stop thinking about it.”   She was obsessed with what happened to garbage once it was picked up and dropped off the at the landfill. Soon after that movie, I learned of how Staten Island is on a major landfill. I wondered if Staten Island would be around for very long. I was worried about that as my uncle is buried there. Odd sentiments are evoked by just looking and photographing a garbage can.

Rubbish. Someone else’s trash is someone’s treasure.   Rubbish-a society’s junk yet a fascinating thing of beauty. Everything is open to the possibility of being found beautiful.   Fire can be deadly yet mesmerizing.   A New York City rat can be the biggest, scariest thing that can scurry across the subway platform and it can be a fascinating creature that can teach us survival skills.  The fact that something exists means it is vast in its meaning.

A garbage can. A receptacle for the discarded. A food bin for the marginalized. A thing to avoid for some. A thing to search through for others. A possible thing of beauty for all the secrets and wishes it holds.