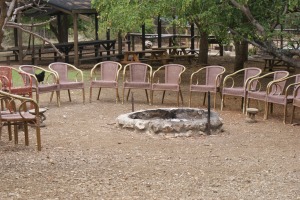 Oh, here we go again.  Point that finger, walk around and give that smirk a workout. Yes, I am watching the debate.  The gloves are off. They are jabbing and punching: Metaphorically-speaking of course. Although, they have come quite close to each other a few times there on that stage.  I don’t even know if smirky is a real word (probably isn’t-I get it).  But that is all I keep thinking. Smirk, smirk, smirk. Oh, it seems a bit painful to be so plastered. [I joke!].

In actuality, I am getting a kick out of this debate since it so reminds me of everyday business meetings. CNN has a speaking time tracker where Obama is ahead by about 4 minutes.  There is always someone at a business meeting that feels that in order to make their point they must go on and on.  Then there is always the other individual that feels that if they speak in abstract, nonsensical short sentences they are winning the argument.  Speaking for too long turns people off and they tune out midpoint.  Speaking for too short of a time leads people to think “that’s all you got? You couldn’t have done more with your time?”   The art of arguing-or rather debating -in the workplace is such a delicate balance.

I’ve read Sun Tzu’s  “The Art of War” (an ancient Chinese military treatise) and I get the concept of positioning and the chapter titled “Weak Points & Strong/Illusion and Reality” is key to understanding non-profit management.  Of course, I have also read-actually not only read but have front and center in my office-What Would Machiavelli Do? The Ends Justify the Meanness.  When I had to go to war with a former colleague, I read that book cover-to cover and won.  I became a smirky, snappy and snarky business warrior.  Best piece of advice-I got from that book is that it is better to ask for forgiveness than permission. Which is basically what these presidential candidates and eventual presidents do, right? They will say all sorts of things today, tonight and the rest of this week and eventually they will both apologize for something by the end of next week. It’s just the cycle of life these days.

Both candidates tonight talked about closing differing loopholes –which, as we all know, are a way of outsmarting a system.  If there are loopholes, people are going to take them.  Interestingly, Americans love loopholes. Yet we thrive and live by the moral value of “pulling your own weight”.  That value has served as the foundation of our country. In essence, it is the Protestant Work Ethic. Yet, we value and take advantage at every turn of whatever loophole that may present itself.  Smirk, all you want-The loophole is just as American as Apple Pie.

Anyway, back to business meetings. Have you been at one recently where differing viewpoints were being offered and there wasn’t a single snappy or snarky exchange? No way.  We’ve become Friends meets Seinfeld.  And considering the state of leadership these days, I think snarkiness is a quite appropriate response.  Being sarcastic, impertinent, or irreverent in tone or manner is a skill set that should be tightly honed and that one should have at the ready. So, congratulations Governor Romney and President Obama-You have passed the snark factor.  The snappy math adds up and Big Bird would be proud.